Why ‘follow your passion’ is the worst career advice ever

I recently read a book and saw a YouTube clip that made me realise I’d long taken an arse-backwards approach to my career. The book’s author and the YouTube talking head were both arguing the same thing: to follow your passion is not an effective way to create a financially viable – or even personally enriching – career. More on that momentarily, but first a personal anecdote.

The unanticipated joys of drudgery

My last job as a wage-slave was at a prestigious magazine. During my time there I got to go out drinking with Christopher Hitchens, interview Matthew Weiner (the creator of Mad Men) and kick back at exclusive resorts frequented by minor royals and major celebrities.

Outwardly, I was living the dream and, sure, the job had its moments. But it also involved working 60-90 hours a week, subsisting on a modest salary, dealing with office politics and having next to no autonomy.

Nowadays, I work for myself and spend my most of time writing about topics such as changes to superannuation legislation, the tax-deductibility of insurance policies and the latest advances in cybersecurity. I haven’t hung out with a famous person or gone on an all-expenses-paid overseas jaunt in half a decade.

Perhaps unsurprisingly, I now earn around twice as much and work half as hard as did back in my magazine days. More unexpectedly, I’m much happier than was the case was back then.

Putting the passion cart before the marketable-skill horse

I was inclined to write myself off as a freak until I saw the aforementioned Mike ‘Dirty Jobs’ Rowe clip. Rowe talks about an individual who decided to make a mid-life career change and launched a septic-tank-cleaning business. Rowe relates that this person explained his decision thus, “I looked around to see where everyone else was headed and then I went the opposite way. Then I got good at my work. I began to prosper. Then one day, I realised I was passionate about other people’s crap.”

Yes, I’m aware that the plural of anecdote isn’t data. But the academic research that has been done suggests that the shitflicker and I are the norm rather than outliers. The holy trinity of career satisfaction comprises:

It turns out all those inspirational fridge magnets exhorting you to follow your bliss were wrong. Starting out passionate about your career path isn’t a good predictor of how satisfied you’ll end up feeling about it down the track. Conversely, it’s amazing how much ardour one can develop for seemingly banal tasks that pay well and attract appreciative customers.

If you’re reading the Rachel’s List blog, you’ve no doubt opted to follow your passion for being a writer. I’m not going to try to convince you to transition into the sewage business. But I am going to suggest you consider exploring writing opportunities you’re not (currently) passionate about.

Cal Newport, the author of the aforementioned book, suggests embracing a craftsman’s rather than a passion mindset. The passion mindset is all about what the world can offer you (e.g. exotic famils, convivial chats with celebrities, the opportunity to set the political agenda, a front-page byline). The craftsman’s mindset is about what you can offer the world. A craftsman (craftsperson?) focuses on acquiring rare and valuable skills without worrying too much about whether exercising those skills fills them with a warm and fuzzy sense of self-realisation. Or results in admiring glances from friends, family members and peers.

What Liberal Party Prime Ministers like to refer to as the iron laws of arithmetic mean that chasing after glamour writing gigs – the type many are passionate about – is likely to end in tears.

Granted, a handful of individuals – the Annabel Crabbs, Susan Kurosawas, Kate McClymonts and Helen Garners of the journalistic world – hit the jackpot. Many more – especially following the collapse of the media industry’s business model – end up as underpaid, underappreciated and overworked foot soldiers who’ll never get the big break they’re hoping for. Many, many more fail to get a foot in the door in the first place.

It’s the exceptional winners of the game who get all the attention – not the vastly larger number of frustrated drones or passed-over rejects. The technical term for that is survivor bias and it’s this logical error that explains the persistence and popularity of the ‘Choose a job you love and you’ll never work a day in your life’ credo.

If you believe you can out-compete the starry-eyed, sharp-elbowed multitudes to become one of Australia’s foremost politics/showbiz/travel writers, then more power to you. But you might want to consider heading the opposite direction to the mob and set about transmuting ‘crap’ work into golden business opportunities.

I’ll end with three tips for those willing to countenance a down-to-earth approach to their career goals.

Newport ends his book with what he describes as an incredibly subversive idea: “Working right trumps finding the right work”. That has turned out to be my experience. It just might turn out to be yours. 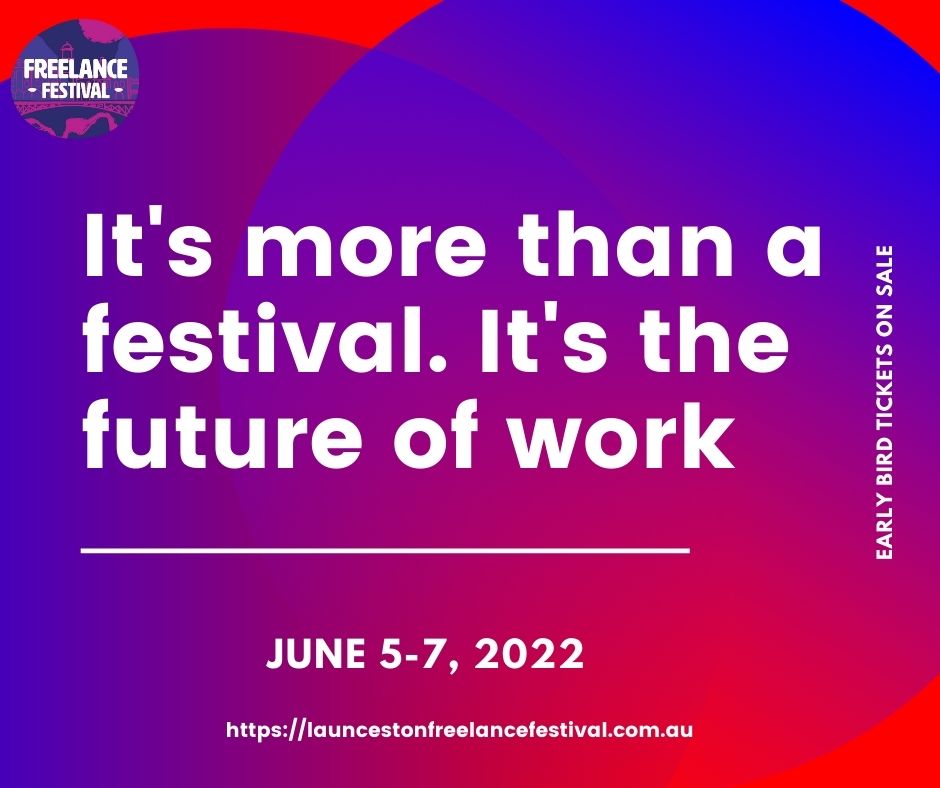