7 freelance briefs that belong in the bin

Last week, I received a request to shoot warm fuzzy images of an old age care facility that would make people want to buy its units. The client sent me a beautiful brochure complete with smiley pensioners playing cribbage with their friends, drinking cocktails, eating from a tasty-looking smorgasbord and walking their big friendly-looking dogs.

But the brief? No models. No food. Just exterior and interior shots of the facility itself. I’m no miracle worker, so I emailed back my concerns about being able to deliver the desired result. I’m still waiting to hear back. Why wouldn’t I say yes and work it out later? Because I believe walking away is better than setting myself up for failure and turning into the client’s fall girl when the powers that be want to know why they didn’t receive the anticipated result.

I know this because I spent a number of years writing watertight briefs; commissioning writers and photographers and outlining the angles, the mandatories, the expected results, the fee, the delivery date … with just enough wiggle room for the creative to inject their personality into the story. I learned to do this after spending over a decade receiving every kind of brief from clients – those who think you have ESP, to those who write a full blown thesis with project scope that would fill an entire mag, not the 200 words they want.

Here are some other briefing disasters that you should walk away from NOW (or how to negotiate them into something actually doable).

Your editor jotted off a one-liner asking for a 1000 word feature on the best way to chew tobacco. Nothing else. No problem. Write back and say you’ll be thrilled to write that story with the agreed angle, interviewing such-and-such users and medical experts who can talk about the health risks. As an added extra you’re happy to provide a break-out box on guys who sell spit jars. That way you’ve set the client’s expectations and are now on track to meet them.

We’ve all had it and no, it’s not the colleague who touched you up at the Christmas party. It’s the brief whereby you agreed to a 1000 word story on tobacco chewing and now your editor wants a lengthy case study, a breakout list of the biggest-selling tobacco companies and a review of the five top-selling flavours, (on top of what she already asked for). There are two ways to handle this dilemma but I don’t really want to get into the LinkedIn headshot dartboard option here. Basically, though, if changes are made or extras are mooted, IMMEDIATELY follow up with an email thanking them for their time and letting them know that unless you hear otherwise within 24 / 36 hours / a week you’ll go ahead with the proposed changes at a cost of $X.

Run for the hills when the client starts talking about commissioning 1000 words but throws in that they may only pay you for 800 if they don’t feel the piece warranted 1000, or that they need to make changes to the section. The same goes when they start changing the fee structure or talk about you needing a set number of click-throughs and number of eyeballs before you’ll receive your money. All of those warning signs show me that the person in charge of commissioning shouldn’t be and that somewhere along the track you’re going to end up frustrated and broke.

Outlines written on the back of cocktail napkins by a friend of a friend looking for a content writer – or a brief scribbled on the back of a business card – aren’t worth a jot unless you have the brief in proper writing. A follow-up email should do it, saying, ‘It was great to meet you last night. I’m excited about the idea of working together. Before I get started I just wanted to clarify that what your brand needs is a weekly blog post about tobacco growers in the US and their distribution routes’.

Like all good conflicts it’s best left to the UN.  Because this brief is not a great one for a time poor freelancer trying to make a living. If the brief starts to contradict itself (ie, you’re suddenly writing a leftie point of view for a right wing publication) it’s time to pick up the phone and straighten things out. It could be that they need a long form feature that covers all the pro and anti-tobacco laws politics etc, or that they didn’t think it through when they asked you to write it. Whichever it is, you don’t want to find yourself in no-man’s-land.

Ever been in one those meetings where you want to shoot yourself in the head rather than listen to yet another point of view? Well, it’s the same with this well intentioned / lazy brief from a client/editor who is too scared to know / decide what they want so they throw everything in there. Worse still, they want their 60 million different ideas summed up in 450 words for $225.

Waffle is best used with maple syrup in the mornings and not as a form of communication. When there’s money concerned, a phone call or even a face to face to determine the crux of what the client or editor wants is essential. Make notes, write it up and have the client sign off on it via email. Or, if you just feel there’s not enough to justify the story, be honest about that and let it go.

At a bare minimum, a brief should cover the agreed deadline, the word count and your fee – all of which protects you from becoming the scapegoat the client blames for not delivering the piece they wanted.

Ever met a freelance brief you wanted to run screaming from? Share your story in the comments. 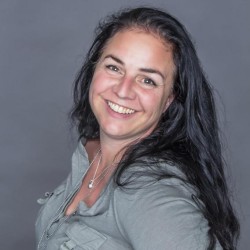 2 responses on "7 freelance briefs that belong in the bin"

Writers / journos with a passion for property and

For anyone who needs to hear this right now...

Day 1 of school hols, was feeling a bit low but th

The living room of a small cabin in the middle of

Web developers based in Sydney! Giddy-up.⠀ ⠀ #

Ignorance and confidence... that about wraps it up

If you missed Brook McCarthy's mini masterclass on

I had two weeks without a sick kid off school! It'

So excited about these babies as it gets chillier.